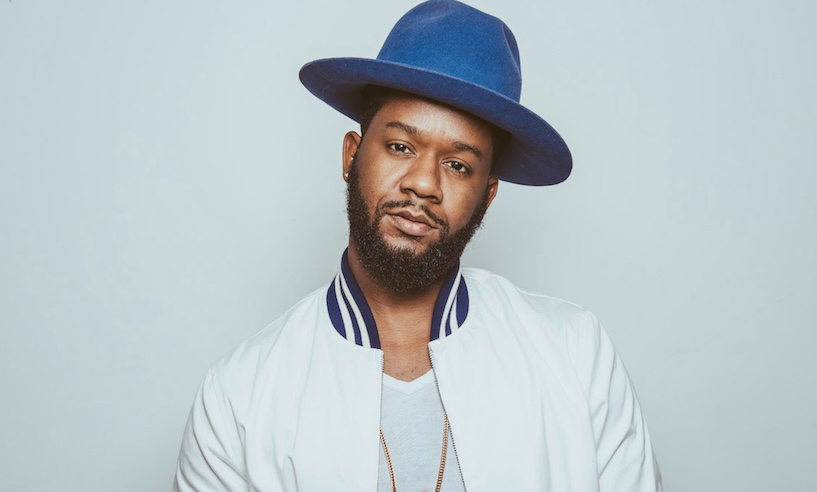 Bassist, composer and vocalist Ben Williams was one of the busiest and sought-after players on the scene prior to the pandemic. The Grammy-winning musician has been a first-call bassist for many elite artists for more than a decade with a sterling resume that includes work with Robert Glasper, Kamasi Washington, Pat Metheny, Nicholas Payton, José James, Marcus Strickland and so many more.  So certainly, like most artists and musicians, the reality of the resulting shut down was mind-boggling, life-altering and incredibly disappointing.

But there was another layer of disappointment for Williams as well. That’s because he found opportunity and was in the midst of touring and performing as a leader in support of his instantly acclaimed third album, the compelling, I AM A MAN released in February 2020. Borrowing its title from the signs held high during the consequential 1968 Memphis sanitation strike where 1,300 black sanitation workers walked off the job, protesting awful working conditions, racism and discrimination, Williams’ project sought to shine a light on the continued racial injustice and inequality experienced by African – Americans in America.

The pandemic seemed like it would steal the spotlight, momentum and most importantly, message of the project away. In the most twisted of ways that would have almost been preferred when you consider that the alternative would be some of the most alarming examples of what Williams’ I AM A MAN spoke to. There was news and video surfaced about shootings of Ahmaud Arbury, Breonna Taylor and alas, the horrific scene shown the world over – the killing of George Floyd, which of course led to mammoth protest, unrest and conversation about racism and change. For us all the pandemic hit with huge, unicorn-like proportion and out of nowhere, but sadly the killings where an almost inevitable occurrence and Williams’ I AM A MAN provided a powerful and prophetic soundtrack.

In addition to talking about what influences his bass playing; his emergence as a vocalist; the confines of being labeled a jazz artist and more, in this special I SPY SOUL podcast edition interview, Williams shares why pushing this project continues to be so very important to him and toward a continued goal of change.

The following tracks were played during the course of the interview. Click the title links for full track:

“Half Steppin'” from the album Coming of Age

“Promised Land” from I AM A MAN

For more about Ben Williams go to BenWilliamsmusic.net and to keep up on Instagram follow him @benwmsonbass