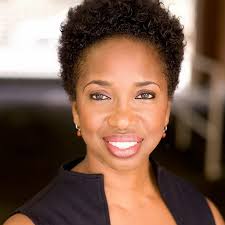 It would be accurate to describe Sandra Daley-Sharif as a Renaissance woman for sure. The Jamaican-born, New York raised creative geyser wears a number of “hats” stylishly, proudly, impressively and effectively.

Once a burgeoning and successful fashion designer with notable stints, amongst others, producing her own line and working for the wrap–dress icon, Diane Von Fürstenburg – Daley-Sharif is now a veteran and accomplished actress of stage and screen.  Her long list of credits include work in noted theater productions both on and off Broadway and in small screen favorites including The Sopranos, Law & Order, Sex and the City, The Blacklist, Orange Is The New Black and most recently, Madame Secretary to name just a few.

However the very long list of credits Daley-Sharif has amassed over her career encompasses her work wearing those other  “hats” as well, which include Director, Playwright, Dramaturge and Producer. Those “hats” have garnered her and the ground- breaking projects and entities she’s founded critical acclaim and award –winning recognition. A few of the many sterling examples include The Liberation Theatre Company, a creative incubator for emerging black playwrights, and Harlem 9, a collaborative theater production organization based in Harlem that received the prestigious OBIE Award in 2014 for their efforts.  In addition to it’s other wonderful productions Harlem 9 is also responsible for the innovative 48 Hours in … , which challenges six directors and playwrights to craft stage productions in yes, 48 hours. For her efforts in theater Daley-Sharif is also a recipient of  the 2015 Josephine Abady Award from The League of Professional Theatre Women.

It’s also important to note two other “hats” she’s been wearing in the midst of all the others that mean the most, and understandably so – that of wife and mother. The obvious common strand through them all is the love, passion and commitment she brings to them.

Through the years of building this impressive resume of experience, Daley-Sharif has tapped into another excellent innate talent – that being as a writer. As a vehicle to bring her words and the stories they tell to the world she has called upon some incredibly talented actors to bring them to life in a filmed series of monologues that out the box have attracted great acclaim and interest.

ISPYSOUL caught up with Sandra Daley-Sharif to find out more about the series, her career and in the midst of it all how she’s discovered what happiness really is. Check out the interview and others on the I SPY SOUL YouTube Channel. bc

Below is the first of Sandra Daley-Sharif’s monologues:

To check out the other monologues I Like Fancy Things and Take Flight click on the links.